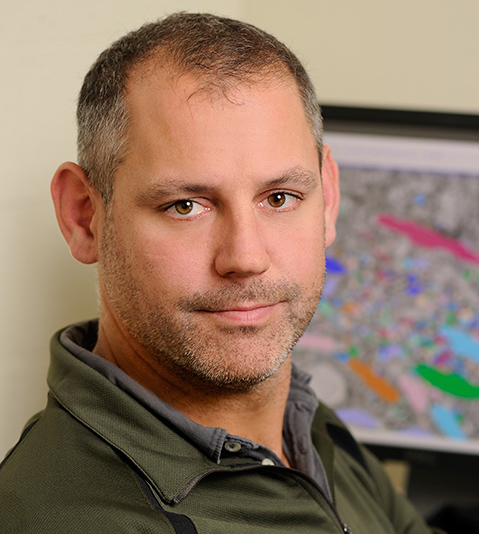 In Fall 2022, I am offering an updated version of my course with a new title Parallel Computing for Data Science. The new syllabus changes the focus of the course:

Students wishing to enroll in the course should consult the Web page prior to emailing the instructors.

Randal Burns is a Professor and Head of Computer Science in the Whiting School of Engineering at Johns Hopkins University. His research has pushed the scalability limits of data science based on emergent storage technologies. This has ranged from engineering file systems for storage area networks in the 1990s, building scientific web services on scale-out cloud storage in the 2000s, and developing graph and sparse-matrix engines for machine learning in the 2010s. His work has been inspired by high-throughput science, including numerical simulations for turbulence, neuroscience microscopy, and observational astronomy.

Burns earned his PhD in Computer Science from the University of California Santa Cruz in 2000 and a BS in Geophysics from Stanford in 1993. Prior to joining the faculty at Johns Hopkins, he was a research staff member at IBM’s Almaden Research Center, where he won an Outstanding Innovation Award. Burns is a recipient of the NSF Career Award and was a DOE Early Career Principal Investigator. He is a Kavli Fellow and served as a member of the Defense Science Study Group class of 2012-2013.”

He is a co-founder of NeuroData along with Joshua Vogelstein. NeuroData democratizes access to world-class data sets, including electron-microscopy connectomics, CLARITY, MRI, and array tomography data.
Randal is a core member of the JH Turbulence Database Group. He and his students have built Open Numerical Laboratories in which anyone can explore, mine, and analyze world-class turbulence simulations.

At Johns Hopkins, Randal is both a member of and on the steering committee of the Kavli Neuroscience Discovery Institute. He is a member of the Institute for Data-Intensive Science and Engineering.

Prior to arriving at JHU in 2002, Randal was Research Staff Member at IBM’s Almaden Research Center in San Jose. He earned his Ph.D. in 2000 and M.S. in 1997 from the Department of Computer Science at the University of California at Santa Cruz (Go Slugs!). He earned his B.S. degree from the Department of Geophysics at Stanford University (Go Cardinal!)